5 Industries That Have Been Wholly Revolutionized By The Internet 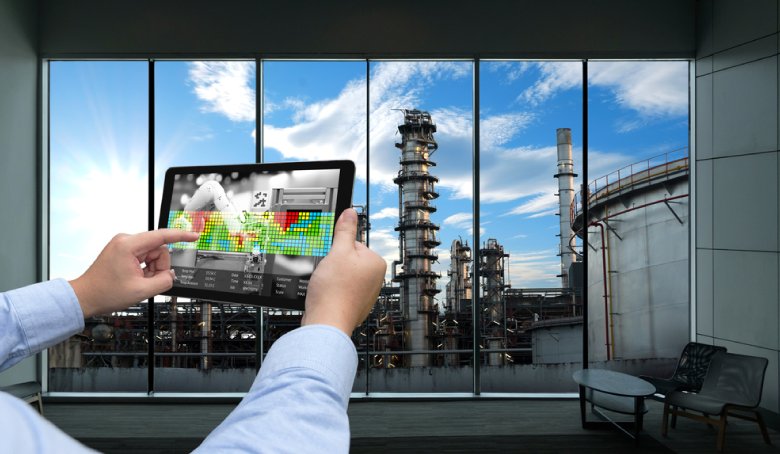 The internet has reshaped the world in ways that many could never have imagined. It was regarded as a trend by many well-respected industry insiders until as late as the early 2000s. No one can predict the future, but it seems safe to say the internet is here to stay.

The role the internet plays in our daily lives has shifted greatly since its early years. Novelty uses among consumers during the early years has now shifted into full-fledged integration with essential daily routines. Patients relay critical information to their doctors, daily purchases are made through online banking systems, new products are purchased online, and a whole slew of other new and exciting applications have arisen.

The Internet has become so deeply integrated into our modern lives that it is regarded as an essential human right now—right up there with access to clean water and the freedom to pursue happiness. While everyone can appreciate how essential the Internet has become for daily tasks, an even deeper recognition can be had by considering how it is reshaping many industries.

As technology improves and consumer comfort settles the internet has radically changed how many industries perform. Below you’ll find 5 industries that have been revolutionized by the Internet.

The stock market is regarded by many as the reflection of a nation’s current financial health. Before the internet stocks were exchanged through ledgers and manually-recorded methods. The telephone greatly expedited the means by which these transactions were able to be made, but still required days to register. Newspapers showing the daily stock prices were regarded as gospel among traders—essential to their practice.

Today, stock prices change by the millisecond and are observed, analyzed, and used to influence financial transactions made through online connections. In fact, financial behemoth JPMorgan estimates that only 10% of stock trading today is even done by an actual person! That means that 90% of all trades made on the stock market are done through the internet by computers. The rest is still likely done through the internet—but by humans.

There have been many markets that have seen revolutions by companies that have adopted direct-to-consumer pricing models. One of the most notable—Warby Parker—took the prescription eyeglasses market online and lowered pricing by nearly 800% in many cases. Today, the internet is rapidly finding new market sectors in which consumer demand for lower pricing has created the perfect set of conditions for businesses to innovate. The mattress industry is one of the best examples out there and has seen a radical change in the past several years. Mattress companies such as Casper have gone from obscure start-up status to generating hundreds of millions each year in revenue.

These companies have cut out the brick and mortar middlemen and are using the internet to sell their products directly to consumers as a deeply-discounted rate. Mattresses that cost upwards of $3500 in stores such as Mattress Firm or Sleepy’s are found to have equivalent quality alternatives found online for as little as $800.
The difference is tremendous, and the number of mattress brands on the market today clearly exemplifies the demand consumers have for such an improved offering.

Online retailers such as Amazon have cannibalized a lot of local businesses’ ability to offer competitive pricing. Their only recourse has been to compete on convenience. Local is still available on demand, thought with Amazon’s many new innovations in distribution it seems possible even this advantage might be taken from local business.

This type of disruption has been seen most-clearly through Mom-and-Pops type retailers, though not so much in business that offers service-based products. For these businesses, the internet has provided a free and open means to help spread awareness of their company.

Through practices such as search engine optimization, social media marketing, and even paid online advertising, many local businesses have found that their service areas have been able to significantly expand.

The field of health is near and dear to all of us, considering how deeply it stands to impact us. Government regulations are typically regarded as being a burden on the pace of innovation within this industry though are a much-needed oversight. The internet has been deeply-integrated with health care plans, the exchange of patient data, and the analysis of testing data.

All this is immensely powerful to the knowledge that the average consumer is able to ascertain from a simple doctor’s visit. Still, some of the most-exciting advances within the health field have been seen in consumer-based technologies such as genetic testing, health monitoring systems, and how people are able to communicate with their doctors.

There are many evolving applications for technology within the health industry, and many believe that we’ve only just begun to witness the impact of the internet on health care.

When discussing industry evolution, one must almost certainly consider how the automotive industry has helped shape history. Henry Ford’s innovation and adoption of the assembly line helped pioneer modern manufacturing.

Before specialization, businesses and manufacturers were hardly able to be considered nimble, international, or adaptive to market changes. The automotive industry was the grounds for this amazing new shift and stands to serve as one of the primary illustrations of how the internet is reshaping our world as well.

Automation has been the cornerstone of many manufacturing advances. Being able to replace unpredictable human interactions with identical machine-operated ones has helped manufacturers better control quality and consistency—not to mention output.

Machines are able to do a lot, but interacting with dynamic environments that are subject to change has been an impossibility until recently. With the advent of better network speeds, data storage, and processing ability; many companies are now in the late stages of developing such technologies as self-driving cars, autonomous diagnostics systems, and even automated shipping solutions.

See More: Meet The Robotic Brain That ‘Learns’ From The Internet

No one can say for certain what the future holds for the world or even a single marketplace. The dawn of interconnectivity and the Internet of Things has shown us how quickly and completely the landscape of business can shift with new technology. The internet has helped to transform how business is done, products are made, and how consumers buy things—likely forever!
The thought of the internet is here and can never be taken away. Even in the face of catastrophic disaster the thought of the internet would remain and help pioneer a new future with an even better iteration.

The markets discussed here are only a handful of the many industries that have been dramatically changed by the Internet. It will be exciting to see how many more are revolutionized as the internet continues to become more and more innovative.