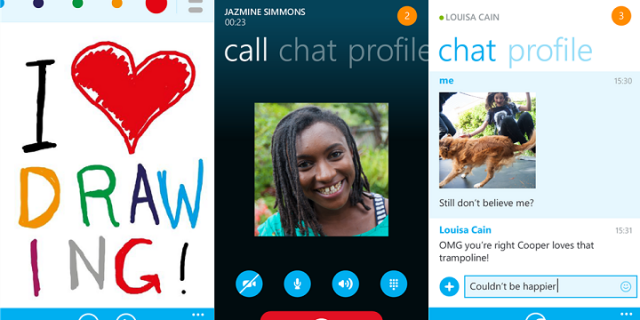 This drawing feature will allow Windows phone owners to draw on a canvas and add ink to their images. It will also allow them to annotate maps and send the results to contacts over Skype.

It is quite unusual to see Microsoft add this support to just the Windows phone client while other messaging clients have already supported drawing.

Microsoft is quiet on whether this support will be extended to iOS, Android or Mac, but it is hoped the feature will make it across all platforms soon.

That’s not all; the improvements in the Skype for Windows phone will also include a new HD screen support and faster app resume time. It will also include the ability to automatically sign in using the Microsoft Account linked to a device.

Some users have criticized Microsoft over lack of features that debut on iOS and Android before its own OS and for the performance of Skype for Windows phone.

A video message debuted on iPhone, Android and Mac in February 2013 but was never on Windows phone until September. The addition of drawing will be a welcome improvement for Windows phone owners.