Amazon has leveraged what worked for it in the past – tech aware parents and low price – to deliver a kid-focused $99 tablet. It announced the new tablet lineup on Wednesday and said they will cater to a wide range of users from the tech-savvy kids to budget conscious parents

These tablets include a high-end reader Kindle Voyage, a colorful Kindle Fire HD 6, and a refresh to its Fire HD 7 and Kindle Fire HDX 8.9.

There are 6 more models available in Kids Editions in addition to the Fire HD 7. The Kids Edition include a free year of Amazon FreeTime Unlimited focusing on kid-friendly content such as games, apps and video, and a 2-year warranty

Amazon seems to follow the footsteps of Samsung by creating a bunch of tablets to fit every level of consumers. This makes it to cast its net wider to capture more customers.

Amazon also hopes that by catering to parents who want cheap tablets for their kids, it will get more sales. This technique had worked for it in the past.

Peter Larsen, the vice president of devices at Amazon said Fire HD Kids Edition is a real tablet, not a toy. He said they understand that kids like to break things and that’s why they added a 2-year guarantee with no questions asked. 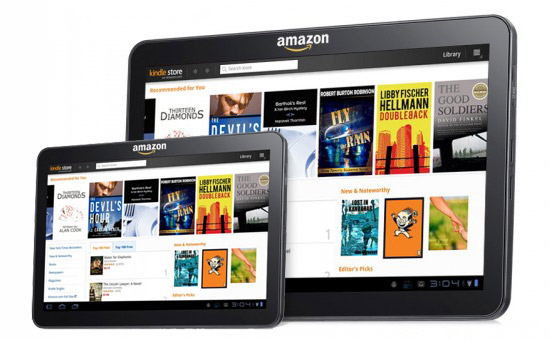 Amazon has consistently been catering to parents since it launched its tablet online. It offers good quality but cheap alternatives to the iPad. The Fire tablets really appeal to parents. More so because of their parental control functions that parents can set.

The e-commerce giant is specifically marketing the device to families which is certainly a new idea.

Production of Kid-friendly tablets is a niche that many manufacturers have never focused on. Amazon is probably hopes its services will set its device apart in a very crowded market.