Tablets are known more for gaming than for work but we have selected the ten best than can aid you in your academic work:

This is a budget tablet with a great display and good performance. It is great if you want to keep things cheap and prefer Android. The price is $229.

With Amazon Kindle Fire HDX you will get on-demand customer service with the Mayday button. You will have to sideload Android apps since it doesn’t come with Google Play stores. It goes for $229.

This is powered by Android. Its display has a resolution of 1280 x 800 which is crisp and bright. It offers a battery life of almost 10 hours. You can get it for $149.

Though it doesn’t fair well in terms of design, Acer Iconia W4 is fine for everyday performance. Its battery life is less than 10 hours though. It is sold at $217.

This is a tablet that attempts to pinch-hit as a laptop. The typing experience isn’t good enough but it’s good for watching movies and taking decent photos which is good for an academic tour. It goes for $570.

This is less expensive and its 7.9” Retina display gives you plenty of screen to enjoy apps, videos, etc. its price is $350.

ASUS Transformer Book T100 goes for $379. It is great for students who want an ultraportable tablet that can seem them through lectures. Its performance is strong enough to handle some lightweight desktop apps.

This tablet costs $499. It has a comfortable design that doesn’t weigh down your backpack. Its performance is also very impressive.

This is great for those who want clean software experience. It keeps UI modifications to a minimum and goes for $500. 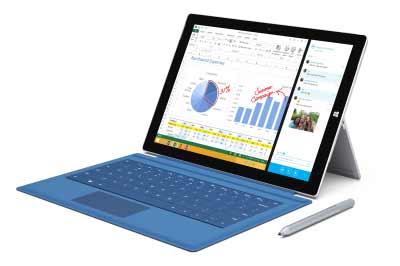 This one costs $799. It can serve as a tablet and as a laptop, and that justifies it price. It has a thin and light design which includes a versatile kickstand.