Cochin a Historic Prosperous City Home to Plethora of Attractions

Cochin or Kochi is the one significant port city that long history of being the major port for trades of many goods. It is one of the most ancient cities in the country that also has a glorious history to tell. Meanwhile, the city is also a popular tourist destination, particularly among the history buffs. Visit the city to explore every aspect of it, and for accommodation choose from best Cochin hotels.

Cochin is one amongst the cities in southern India that has a lot to offer to the backpackers across In-dia. Being ruled by the Portuguese, Dutch, Mysore rulers, and the British, the city is one city where several cultures and religions from all across the world melt and mix. The city has been marking a ma-jor spot in the books on Indian history since long. The city has a long history of being a major trading port since the early medieval era when it opened the trade route between countries in the East with the countries in the West.

The Dutch, Arabs, Chinese, Portuguese, and British used the city to trade large amount goods and items. However, the trade items for which the ancient city finds most prominence are the Exotic Indian spices, which include: cinnamon, pepper, cardamom, and cloves. Meanwhile, a good to know fact about the city, more specifically the Cochin Spice Exchange is that of the total pepper and spice trade in the country, the Cochin/Kochi Spice Exchange accounts for 90 percent. 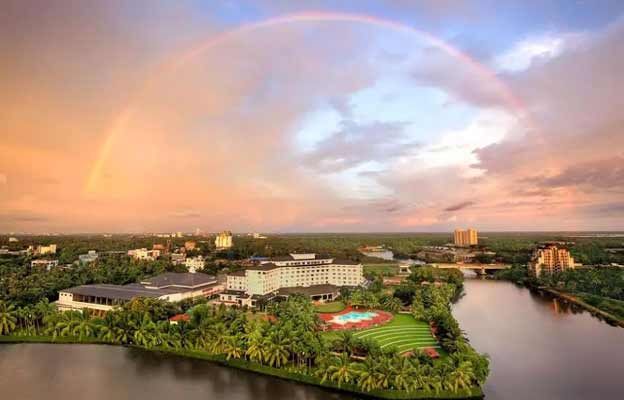 Cochin is the colonial version of the word Kochi, and many still prefer to call the city with that name. The city is located on one of the most strategic locations on the country’s mainland, which is on the west coast in the southern part of India’s mainland. So geographically it is the coasts of the city where ends the Indian mainland and starts the vast Arabian Sea. Based on this fact and since the city was a beautiful, prosperous port, it was given the epithet of the Queen of the Arabian Sea.

The city is amongst the handful of cities where colonization took place the first. Thus, also making the city to receive some of the first European structures which also includes the first church ever built on Indian soil. The church is called St. Francis Church. Apart from that, Cochin is also the city where the famous explorer Vasco-da-Gama died while he was on his third visit to the city. There still exist proofs of the fact that his was buried in the St. Francis Church, which were later taken back to his homeland, Portugal.

Another cool fact about the city is that it is in Kochi where the oldest fort built by the Europeans exist. The fort is called Pallipuram Fort and still is in an excellent state of preservation. The fort is situated in the northern part of the Vypeen Island in the Ernakulum district. It is a must see when in the city. The good thing is that being a major landmark the fort is easy to access. Plus, there exist a couple of Cochin hotels that offer transportations to the fort.

Apart from the fort, the other well-known attractions of the city that a must-visit include: Cherai Beach, Chottanikkara Temple, Marine Drive, Mattancherry Palace, Chinese Fishing Nets, Shiva Temple, Bol-gatty Palace, Museum of Kerala History, Jew Town, Hill Palace Museum, Kashi Art Caf, Princess Street, Subhash Park, Paradesi Synagogue, Indian Naval Maritime Museum, and Willingdon Island. The good thing is that all these tourist spots are easily accessible via roads. Several taxis, rickshaws, and local buses are available for the convenience of the visitors. Meanwhile, there is a couple of good 3 Star hotels in Cochin situated in the vicinity of many tourist sites.