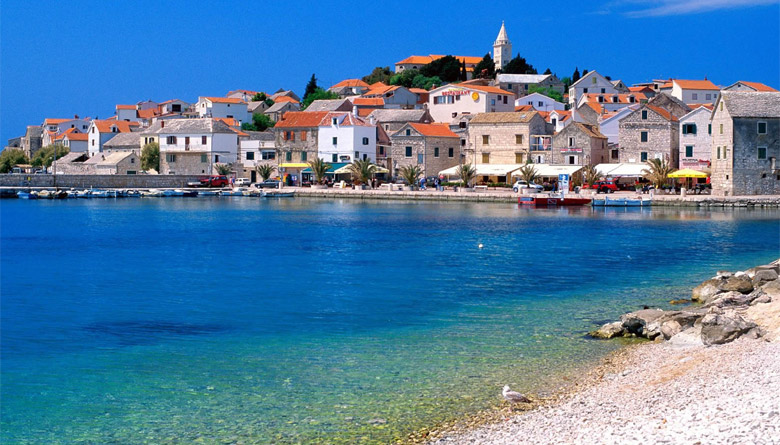 Croatia is a unitary democratic parliamentary country located between Central Europe, Southeast Europe, and the Mediterranean. Zagreb is the capital and the largest city in the country. Croatia is divided in to 20 counties and the city of Zagreb.

The country has a surface area of 56,594 square kilometers with diverse continental and Mediterranean climates. Croatia’s Adriatic Sea coast has more than a thousand islands.

The 2.28 million residents of Croatia are mostly Croats, majority of who have common denomination being Roman Catholics. The Croats are believed to have occupied the land in the early part of the 7th century until present.

Croatia was elevated in to a status of a kingdom by its first king, Tomislav in 925 AD. The Kingdom of Croatia maintained its sovereignty for two centuries and reached its peak during the rule of Kings Peter Kresimir IV and Dmitar Zvonimir. It later entered a personal union with Hungary in 1102. It was faced with Ottoman conquest in 1527, time during which the Croatian Parliament elected Ferdinand 1 from the House of Habsburg to office.

It’s after the World War 1 in 1918 that Croatia was included in the unrecognized state of Slovenes, Croats, and Serbs, seceding from Austria-Hungary and merged in to the Kingdom of Yugoslavia.

After World War II, Croatia became the founding member and a federal constituent of Second Yugoslavia, a socialist state. Croatia attained independence in June 1991 after a successful four years of struggle.

Currently, Croatia enjoys high Human Development Index and has been recognized by the International Monetary Fund as an emerging member of the European Union, UN, and the Council of Europe, NATO, and the World Trade Organization.

Most of Croatia’s economy is dominated by service sector followed by the industrial sector and agriculture. During the summer seasons, Croatia receives visitors who form a significant source of income for the country. Globally, Croatia is ranked at number 18 as the most popular tourist destination. Part of the economy is controlled by the state, with substantial government spending.

The most important trading partner for Croatia is the European Union. Since 2000, the government of Croatia has invested in transport routes and facilities along the Pan-European corridors.