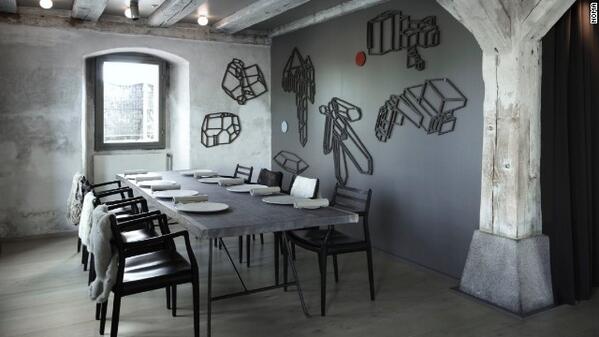 The best restaurant recognition ceremony held in London Monday is called the San Pellegrino World’s 50 Best Restaurant Awards, which is considered as the Oscars of dining venues. This is the fourth time Noma was awarded, last year they landed on the second place.

Noma’s head chef Rene Redzepi was overwhelmed when he received the award in the ceremony held in central London. After landing on the second spot last year, Redzepi and the staff of Noma just looked at each other and decided to go for the first place.

This prestigious list is now at its 12th year. The list is usually dominated by European dining venues. The list also has awards for restaurants all over the world like Asia’s first top 20 entries. One of the most notable venues was restaurant Central of Lima, Peru, which climbed to number 15 from last year’s number 50. Meanwhile the most notable debut was Gaggan from Bangkok, which landed at number 17.

28 of the winners in the list come from Europe, and seven of them are from Spain.

Thai restaurant Nahm of Bangkok is one of the most notable restaurants from Southeast Asia landing at number 13 in the list.

In this year’s top 10 list Spain’s El Celler de Can Roca landed second, while Italy’s Osteria Francescana is constant at number three. The undefeated contender for this list is Spain’s El Bulli, which topped the list for four consecutive years before its head chef Ferran Adria closed it in 2011.

Coming n at fourth place is Eleven Madison Park of New York, then Mugaritz of Spain, D.O.M. of Brazil, Dinner by Heston Blumenthal of London, Arzak of Spain, Alinea of Chicago, and The Ledbury of London.

Noma will celebrate its 10th anniversary in 2013. The restaurant was commended for its energy and its fresh approach.

Noma offers diners along with several snacks inspired by the Nordic landscape. Their dishes include an amazing sea urchin toast and a unique beef with tartar that has ants.

San Pellegrino World’s 50 Best Restaurant Awards is organized by Restaurant Magazine of UK. San Pellegrino and Acqua Panna, both Italian drinks manufacturers, sponsored the event. The award is very important in the industry of fine dining. It is very influential that when Noma got in the list in 2010, it skyrocketed the restaurant into international superstardom.