What Happens To The Lost Items At The Airport? 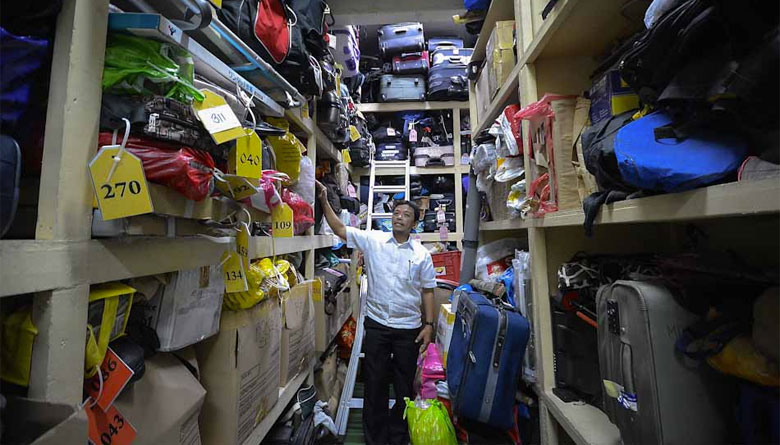 The Gatwick Airport assembles about 2000 bins filled with items that have been confiscated or left behind by passengers. Have you ever wondered what happens to the lost goodies? Each and every item be it as small as a sunscreen or as big as a laptop, is recorded, recycled, destroyed, auctioned or where possible retuned to its owner.

What’s funny here are the items that are recovered by the airport staff. Staff at London City Airport have claimed to recover a bag of diamonds,$50,000 in cash, a Rolex watch that’s worth more than $10,000 and a black cheque book with each cheque signed. The majority of items are returned to their owners. The staff has also claimed to recover weddings dresses, crutches, walking sticks, adult toys, a set of false teeth and many such bizarre items in the bins.

About 85% of the high priced items like mobiles and laptops are returned back to their owners and about 30% of lesser valued items like books, clothes etc are also retuned. But in spite of returning as much as possible there is always a lot left which remains unclaimed. The unclaimed items are by law stored for a maximum of 90 days after which they are either destroyed or auctioned. Some of the items are even given in charity. If you wish to have a peak at the auctioned things visit the following auction houses:

Greabys- An auction house that sells things recovered from the London airport on every Tuesday.

Wellers: Sells on bags, clothes and small electronics from London airport every Tuesday.

At Gatwick, liquid items such as toiletries, wines, perfumes are all disposed of by Biffa. Plastic bottles are sent for recycling. Items of dangerous nature as drugs and weapons are taken care of by the police. Border Force and UK Border Agency look handle drugs. Illegal items are held as evidence and are finally destroyed.