5 Most Scenic Places in World That Should Top Your List 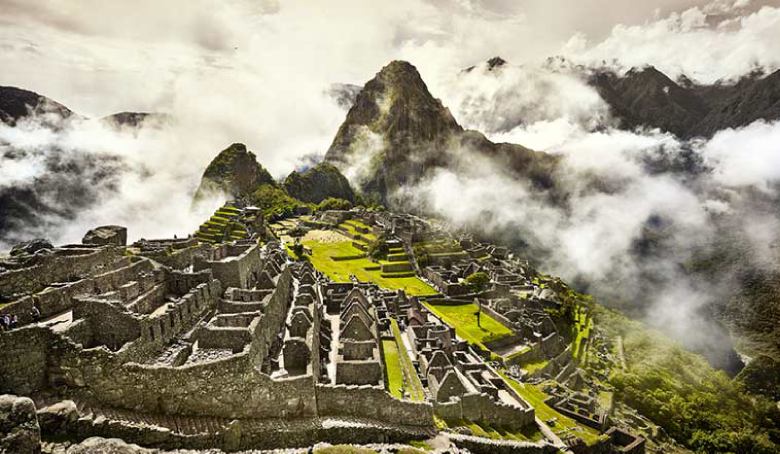 As technology advances and consumer demand increases, much of our world’s natural landscapes have been compromised in the last century. Additionally, most of our lives are also spent within the hustle and bustle of the city, depriving us of opportunities to marvel at the indescribable beauty of Earth’s wonders.

So if you managed to set aside some time for a vacation, here are 5 of the most beautiful places around the world that you should definitely consider visiting.

Transverse back to the fifteenth century as you step into the virtually forgotten “Lost City of the Incas”, perched upon the eastern slopes of the Peruvian Andes and surrounded by the lush upper Amazon Basin. With its dramatic mountainous backdrop and curtains of clouds, it is no wonder why Machu Picchu is one of the world’s greatest wonders.

Exuding an air of grandeur and mystery, this surreal citadel is believed to be a military stronghold, a retreat for Inca’s aristocrats, or a ceremonial site specially aligned with astronomical events. A treasure trove of monumental temples, grandeur palaces, luxurious bathhouses and approximately 150 other polished dry-stone structures, Machu Picchu is a glorious exemplification of man-made marvels blending seamlessly with nature.

If you have watched James Cameron’s Avatar, you would remember the otherworldly sight of Hallelujah Mountains on the alien moon ‘Pandora’. Fortunately, we do not need to travel across the solar system to marvel at such strikingly beautiful landscape as ‘Pandora’ was actually filmed in Zhangjiajie National Park, with its towering sandstone peaks rendered as the floating ‘Hallelujah Mountains’.

Dominated by over 3000 jagged quartzite-sandstone pillars, deep gorges, glistering karst caves and limpid streams, this UNESCO national park which stretches over 26,000 hectares is also home to an abundance of flora and fauna. The mere fact that over 20 million visitors make their way here every year is a testament that Zhangjiajie is clearly a sight to behold.

True to its name, there is something magical about the Fairy Pools. Sitting at the foot of the Black Cuillins and in the middle of the dense Glen Brittle Forest, the Fairy Pools is a cluster of vividly coloured pools, meandering streams and cascading waterfalls. Besides the ethereal atmosphere, hikers, wildlife enthusiasts and photographers also flock here due to its the broad variety of rare animals and plants that.

Additionally, its ideal location at the Inner Hebrides and the North Atlantic currents also maintain mild and pleasant temperatures in this enchanting place all year round. If you are brave enough to handle the cold, feel free to take a plunge into the cerulean waters!

One of the world’s most photogenic slot canyons, the Antelope Canyon (or Corkscrew Canyon) is a breathtaking architecture carved naturally by years of flash flooding. The canyon was first opened to the public in 1997, attracting visitors to wander along its dreamlike passageways and marvelling at its sheer beauty.

Here, the uniquely fluid rocks coupled with the dazzling beams of sunlight filtering through the narrow amber walls are downright Instagram-worthy. While you may be clicking away on your camera to capture the canyon’s idyllic formations, take a moment or two to feel the sandy grooves of its curved strata and immerse in a sense of bewilderment and awe beyond words can describe.

Peer into Earth’s prehistoric past as you head to Kauai, the oldest Hawaiian Island. If you are wondering why this primaeval backdrop seems overly familiar, that is because Kauai provided most of the movie Jurassic Park’s film locations.

Known as the ‘Garden Isle’, Kauai is draped with lush forests, dramatic mountain range, glorious canyons and a broad variety of exotic tropical plants. Dig your toes into the fine sandy beaches framing the island, as you put on your gear to snorkel in the aquamarine waters and marvel at its colourful coral reefs. Keep your eyes peeled for the panoramic view of the verdant Kalalau Valley and indulge in the soothing sounds of waters from the Sea Caves of Na Pali Coast.