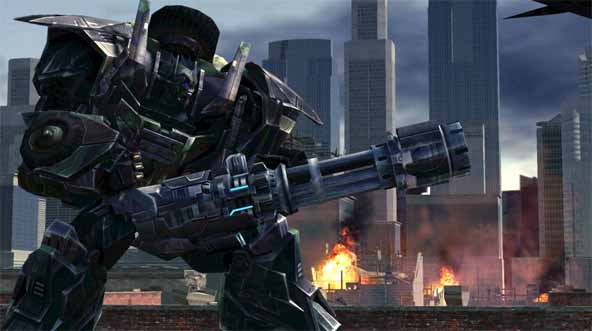 Jagex Games Studios will be putting Transformers Universe in closed beta this weekend, after hearing about a 2014 release date, plenty of Transformers fans are lurking in the dark, wanting to try out the new MMORPG the UK gaming company is putting together.

Jagex is holding the whole thing and will only be giving out a set amount of beta passes to people. For all of those who notice the name but cannot quite pin the game, Jagex are the guys behind Runescape, a massively successful MMORPG.

Jagex also announced two new transformer units, the Autobot’s Front-Line and the Decepticon’s Conduit, which will be playable in the closed beta. We know a closed beta for an MMO is never a great thing, since exploration with friends is one of the key advantages of an MMO, but it may build hype around the game and allow Jagex to sort out bugs quicker.

The closed beta has already started and Jagex are hand picking people on a first come first served basis, meaning the likelihood of you getting in now is quite low. However, Jagex will probably announce an open beta in a few months for anyone who misses out on the closed beta passes.

Transformers Universe does come at an odd time for MMOs, where people are starting to move towards a free to play model with premium options and DLC, instead of a subscription model similar to World of Warcraft or Runescape.

We wonder how Jagex will handle the Transformers Universe revenue and in-game purchases and if they will rely on new content for people to purchase, instead of offering a monthly subscription for more advancement in the games tools and weaponry.