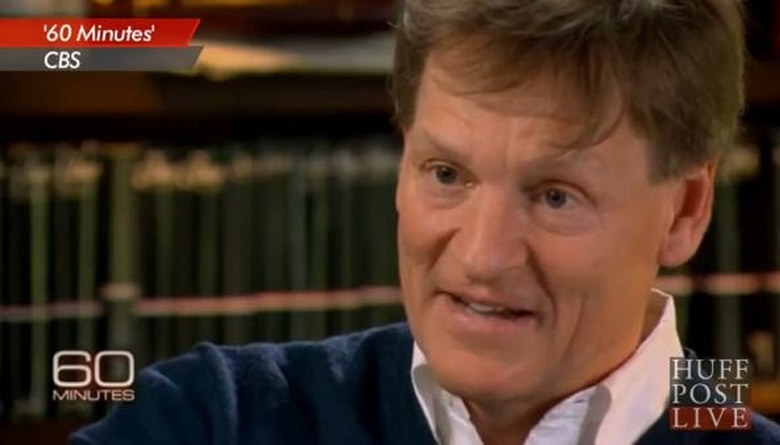 Michael Lewis, the author of a latest book “Flash Boys: A wall Street Revolt” has come out openly saying the U.S. stock market is biased to high-speed electronic trading firms which are taking the advantage to reap billions from shareholders.

Many banks and proprietary trading firms use High-frequency trading (HFT) systems comprising of sophisticated computer programs to send gobs of orders in to the market, completing some of them whenever chances emerge to benefit from price fluctuations, or to do business. More than half of U.S. trading volume relies on HFT.

Other than highly regulating the stock exchanges that HFT firms’ trade, the methods and technology that make HFT possible are legal.  Lewis said that some companies are taking advantage of their speed at the expense of other traders to reap billions of dollars.

“This speed advantage that the faster traders have is milliseconds, some of it is fractions of milliseconds,” said Lewis.

HFT makes fractions of a penny per trade by darting in and out of trades, but due to sheer speed volume of their trading activity, the successful ones make significant profits.

Supporters of the HFT contest that with such technology it is easier for all market participants to find buyers and sellers for their products, and the speed leads to smaller bid-ask spreads.

However, Brad Katsuyama, former head trader for New York for the Royal Bank of Canada who is also featured in Lewis’s book, said that whenever he would send a large stock order to the market, it would only be partially processed, and then he would have to spend more for the completion of the orders.

With the assistance of Ronan Ryan, Katsuyama found out that his orders moved through fiber optic lines and reached the closest exchange first, where the HFT would spot it, and then use their speed advantage to beat him to other 12 U.S. public exchanges and 45 private trading sites. HFT algorithms would then buy shares Katsuyama required, and then sell them to him at some profit.

Katsuyama and Ryan came up with a system in which RBC would send its orders to exchange that was the furthest away, whereas the last went to the closest, with the intentions of reaching out all exchanges at the same time, cutting out HFT.

While speaking to “60 Minutes”, Katsuyama said that their fill rates went to 100% to their amazement.

Katsuyama said that he planned to come up with a new trading platform, IEX, for Investors Exchange, using similar tactics like the ones he used at RBC.

IEX has attracted investment of David Einhon, the billionaire behind hedge fund Greenlight Capital. Investors of IEX do not fund banks but companies and individuals.

Some exchanges allow trading firms to have computers inside their exchange’s data centers so that the firms can get the data as soon as possible. This practice also known as co-location is regulated and interested parties have to pay for it.

Although a ban on HFT is unlikely, there are plans underway on possible reforms, according to a reliable source.