Iran on Saturday hanged a woman who was convicted of murdering a former intelligence officer who allegedly had tried to sexually assault her. This happened even as the international community was appealing for a stay of execution.

According to the official IRNA news agency, the Tehran prosecutor’s office said Reyhaneh Jabbari, 26, was put to death at dawn on Saturday.

The execution drew heavy criticism and condemnation from the U.S. human rights monitor AI which referred to it as an affront to justice and a bloody stain on Iran’s human rights record.

A message posted on the homepage of a Facebook campaign set up to try to save Jabbari noted the “sad news” of her death, adding the words “Rest in Peace” alongside pictures of her as a young child.

Reyhaneh Jabbari was executed for the fatal 2007 stabbing of Morteza Abdolali Sarbandi, a former intelligence officer.

The human rights groups and the United Nations had said a confession to her crime was obtained under threats and intense pressure from Iranian prosecutors, adding that she should have had a retrial.

Prominent figures from Iran including actors had campaigned for clemency on Jabbari’s behalf, and the judiciary had also given several deadlines for Sarbandi’s family to spare Jabbari under an Islamic sharia law which allows a death sentence for murder to be commuted to jail term. But the relatives of Sarbandi refused the pleas demanding instead that Jabbari should tell “the truth.” 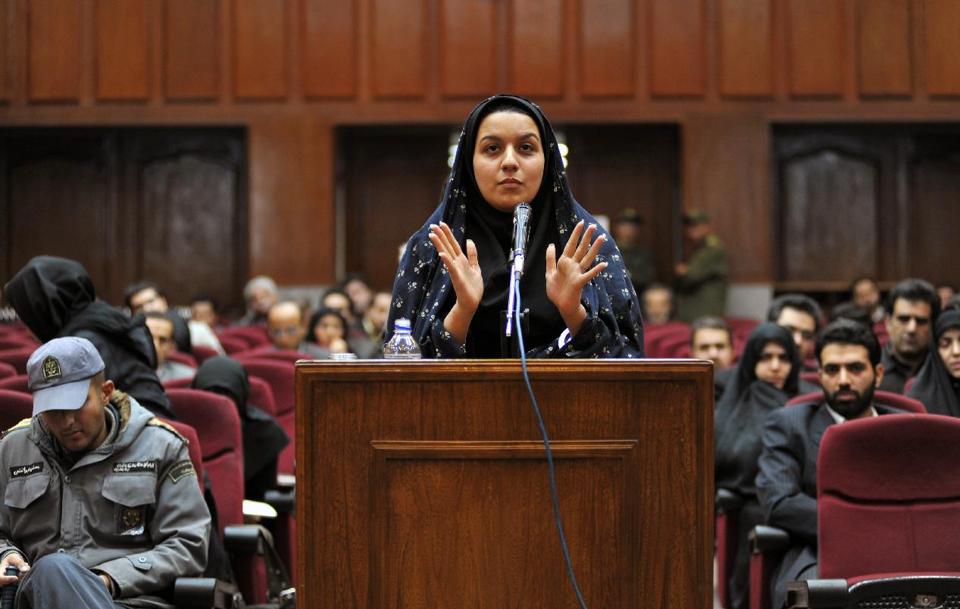 A UN human rights monitor said the killing was in self-defence after Sarbandi tried to sexually molest her.

Following this act, the US State Department issued a statement that cited serious concerns over the fairness of her trial, including reports that confessions made by her were under severe duress.

According to the UN, more than 250 people have been executed in Iran since the beginning of 2014.