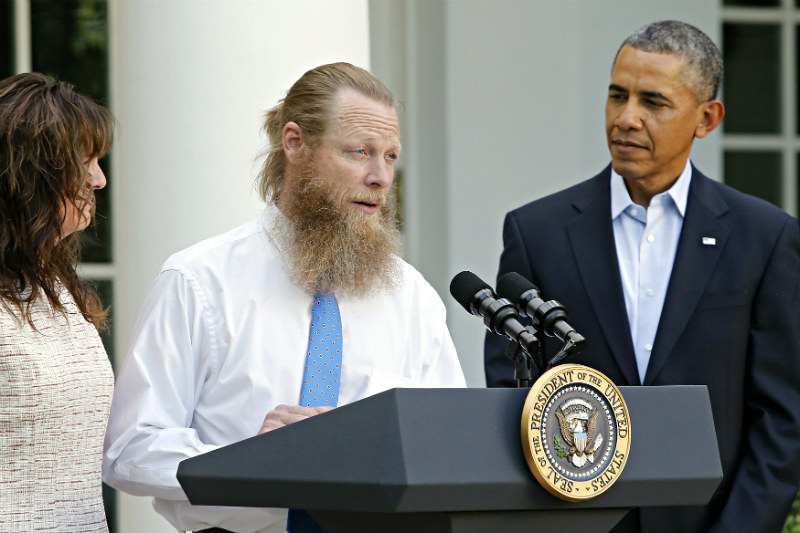 US solider Sgt Bowe Bergdahl has finally been released from Taliban captivity, after going missing in June 2009 and becoming the only US solider as a Taliban prisoner of war. After soldiers started outing Bergdahl as a deserter, the media quickly spread on this story and a homecoming party in the Idaho town has been cancelled.

Officials in Hailey, Idaho said the event had to be cancelled due to public safety, Police Chief Jeff Gunter has had multiple phone calls about defending the “traitor,” even from his own high-police council, showing the amount of anger over the allegations Bergdahl left his post in the Paktika Province without authorisation.

The exchange of Sgt Bowe Bergdahl came at a hefty price, five top Taliban officials were released from Guantanamo Bay. Six US soldiers allegedly died trying to find Bergdahl, but this report has not been confirmed. The Haqqani Network was involved in the exchange, one of the most brutal networks in the Taliban organisation.

Both Gen Martin Dempsey and President Obama have defended the exchange, claiming that no US soldier should be left behind, no matter the circumstances. Gen Martin Dempsey said there would be an investigation, but the media should keep an “innocent till proven guilty” mentality.

Sgt Bowe Bergdahl is currently undergoing rehabilitation in Germany and will return to the US in the next few weeks. He will stand trial for his apparent desertion. He claims people and the media should stop labelling him a deserter before hearing the facts and accepting the trial outcome.

Both sides of the argument will be heard over the past few weeks, while the Pentagon has given its overall verdict that Bergdahl left his post without reason, this is the first time the Sergeant will give his own voice in the situation and what happened on June 2009 in the Paktika Province.