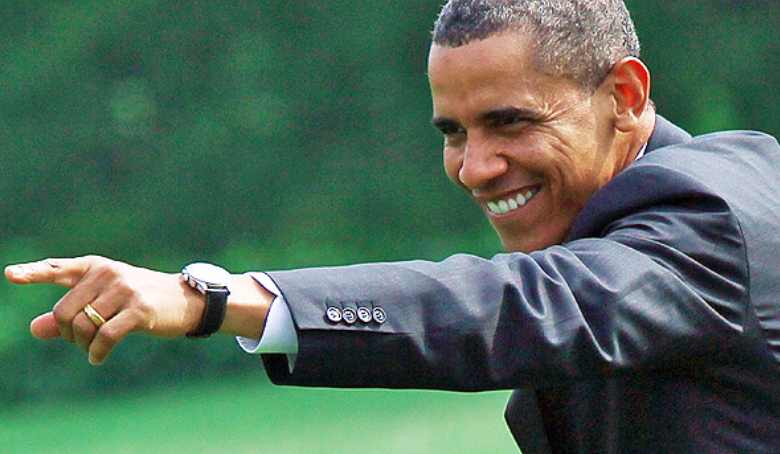 Barack Obama has spent five years in the White House, after campaigning against Hillary Clinton to be the Democrats leader and then against John McCain and Sarah Palin to win the election and become the 44th President of the United States.

The opening campaign focused on “Change” and “Hope”, with Obama pushing forward new health care reforms, economic stimulus packages, the end of involvement in the Iraq war and other pieces of legislation.

It might not have been all Obama was hoping to achieve when entering office. Like so many Presidents; Congress, the people, his rivals in politics and even his own office have made it hard to pass some of the more powerful laws and changes.

Even with the rather laid back attitude Barack Obama provides to the public, his hair shows a complete different story. The President, 48 years old when elected into office, now looks like he has aged more than ten years in the White House.

It is said the only President who did not age in the White House was William Henry Harrison, and that is only because he lasted thirty days in Office. The stress of running a country as big as the United States takes its tole on main man.

Not all of Obama’s time in the White House has been golden, in fact, some political analysts would say Obama has not put the United States in a stronger position, with the NSA leaks and lack of full removal from Afghanistan.

President Obama still has two years in the White House, before he has to give up his seat to the next President. There are a few candidates floating about, Rand Paul, Hillary Clinton, Macro Rubio, Jeb Bush and others.

Painting a large view of Obama’s eight years, it might be fair to say even though he did not implement the best laws and legislation, Obama did stabilise the economy, fight for more welfare, work towards better equality and fix some of the major issues with the United States worldwide.