Video gamers are quicker to process information: According to the Current Directions in Psychological Science, children playing video action games process information faster and more accurate which can be in turn applied in real life situations. The researchers of the study further explained that the speed and accuracy that children develop can be due to improved visual cognition they get from playing video games repetitively.

Video gamers have better reaction times: Reaction time is the elapsed period between the introduction of sensory stimulus and behavioral response. It is observed that children playing action video games are more efficient in improving their reaction time without receding in performance. Thus, accuracy is kept up.

Video games have great potential benefits for people with mental health problems: Besides boosting thinking skills, clinical findings claimed that certain types of video games could be a potential treatment method for children with attention deficit/hyperactivity disorder or brain injuries. 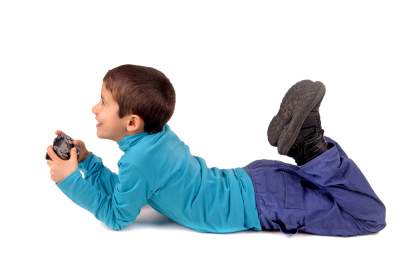 Video games teach children to delegate responsibility: Because most action video games are played in peers, it helps promote teamwork steering the group to obtain the common goal.

Video gamers have better decision making skills: Children who are regular players of action video games are better thinkers, studies show. This is because action games prompt players to use their senses in making decisions. In a study published in the Current Biology, what action video gamers have is a skill known as “probabilistic interference” or the ability to process information in a snap speed. Researchers added that children who play action video games absorb information quickly and accurately. They emphasized however that probabilistic interference is mostly evident to children who play shooter games (and not role playing games).

Video games have social benefits: Playing action video games can bridge the gap between siblings, not to mention when rivalry is an issue in the family. When families play together, their relationships are improved too.

Playing action video games foster career benefits: Video games can lead children for a brighter tomorrow. Complex and sophisticated games teach children high order thinking skills. They not only analyze, interpret, solve a problem, but also they learn how to execute and adapt to change. With a very competitive global market, there is no doubt how action video games can greatly prepare children as new workforce entrants.

The Explanation of the Benefits

The perks of playing action video games do not come off overnight. A child should know that every time he/she plays, he/she should strive hard to improve (and learn). When new ideas and concepts are introduced into the brain, new synapses are developed; hence, creating added connections between neurons. In other words, the better a child plays video games, the more likely skillful he/she turns to be.

On the whole, children who played the most complex, complicated versions of action video games have best results in psychological tests. Researchers need to find out however if how exactly it happens and if the said significant change is permanent or only last for a short time.

Parents therefore should start seeing the real benefits and positive impacts of action video games to their children. It doesn’t entirely take the lion’s share of negativity, so long as it will be coupled with strong parental guidance.