What is Blockchain Technology? – An Ultimate Guide of 2018

The business world is changing rapidly and introduces new trends that aim to help improve standards, create more competition, and so on. For quite some time, business has depended greatly on the internet and it comes as no wonder why new technological concepts and innovations are implemented constantly.

These innovations come and go, but it seems like blockchain technology is here to stay.

What is Blockchain Technology?
How it changes business?
Keep reading to find out.

WHAT IS BLOCKCHAIN TECHNOLOGY?

Blockchain utilizes cryptography to enable each participant on the network to manipulate the ledger in a safe manner without the necessity for the central authority.The blockchain is constantly growing due to the fact that completed blocks are added it with a brand new set of recordings.

If most nodes agree that the transaction looks valid, then it’s approved and a new block is added to the chain.

WHAT ARE THE BENEFITS OF BLOCKCHAIN?

The blockchain technology has numerous benefits, including the following: 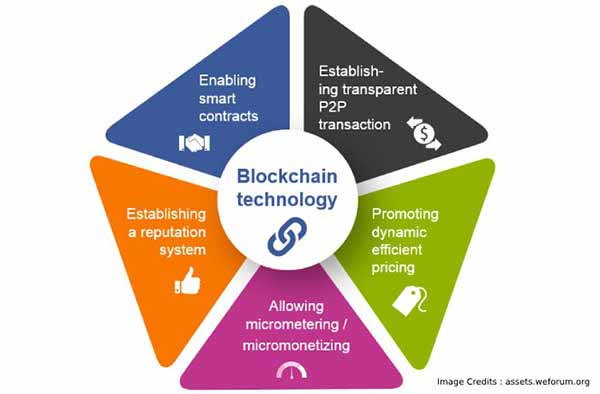 WHAT WILL BE THE NEXT BIG BLOCKCHAIN OPPORTUNITY?

Blockchain technology has been around for a while. In 2008, a person or a group of people going under the name of satoshi nakamoto published a paper wherein they described:

Bitcoin and how it could be utilized to, digitally, send payments between two parties without the middleman. While some assumed that bitcoin and blockchain technology would be forgotten just like many other fast-emerging trends, the reality is much different.

In fact, blockchain technology is gradually changing the corporate world and the business we do today, one block at a time. Until now, a centralized company was the most effective way to create a network aimed to solve a large need. Thanks to the blockchain technology, we no longer need central companies to act as the middleman.This and other business models of the future are software protocols developed, governed, and owned by the communities they support.

The blockchain technology doesn’t only benefit banks or big companies, but smaller businesses at the same time. If banks and other financial institutions are able to accelerate transactions and eliminate costs out of the system, that would lead to cheaper and more efficient services.

The implications of blockchain technology can spread to various industries including media or telecommunication. Let’s take a newspaper website as an example, instead of charging subscribers by month, they can charge per page or per article.

For hospitality and travel, a shared distributed ledger can simplify the settlement process. Moreover, blockchain-secured health records could make it easier for patients to share their records with healthcare providers.

Basically, blockchain can change the business we do in many ways. Below, you can see a few examples.

As mentioned throughout the article, the greatest advantage of blockchain is cutting the middleman out of the picture. So, your business can greatly benefit from exchanges performed with this technology.
With blockchain, there’s no need to worry about clearinghouses and currency exchanges. Plus, it allows you to complete the transaction with clients or business partners anywhere in the world, without paying huge transfer fees.

In fact, the overall cost of using blockchain is almost insignificant if you compare it to exchange fees or payment processing fees.

The area of smart contracts is, probably, one of the most distinctive features of the blockchain. This technology helps ensure that both sides of a contract are fulfilled. Thanks to this useful element of the blockchain, you can be sure that your business dealings aren’t jeopardized.

The implications of blockchain go beyond financial transactions. The internet makes it easier for you to share unique ideas, innovations, and creations, etc. But at the same time, it also makes it easy for other people to just steal it.

Blockchain helps you prove an ownership of some intellectual property and ensures that you are adequately credited. As a result, other people won’t profit from your creativity. This has a positive impact on the business world today because it will prevent the major problem of stealing one’s intellectual property.

Blockchain technology allows the use of cryptographic signatures for both sending and receiving payments. It can be, also, used to manage shift changes and many other business-related transactions.

Thanks to cryptographic signatures, there’s no printing, signing, and faxing papers back and forth all the time.
Promotions and coupons.

You can use blockchain to keep track of promotions and coupons that you’re running. An important component of this technology is that the information can’t be duplicated and reused.

With the help of blockchain, you can authenticate coupons and promo codes (if you’re concerned about them) to make sure your customers are using them. This is a great way to keep track of limited offers.

The blockchain is the technology behind Bitcoin and it’s dubbed as the business model of the future. The technology allows all parties to send and receive payments in a matter of minutes without paying outrageous fees.

Despite important benefits of blockchain in finances and business dealings, it has many other purposes such as protection of the intellectual property, and so on.

With blockchain technology, the processes that used to be time-consuming and frustrating are completed fast and with maximum safety.